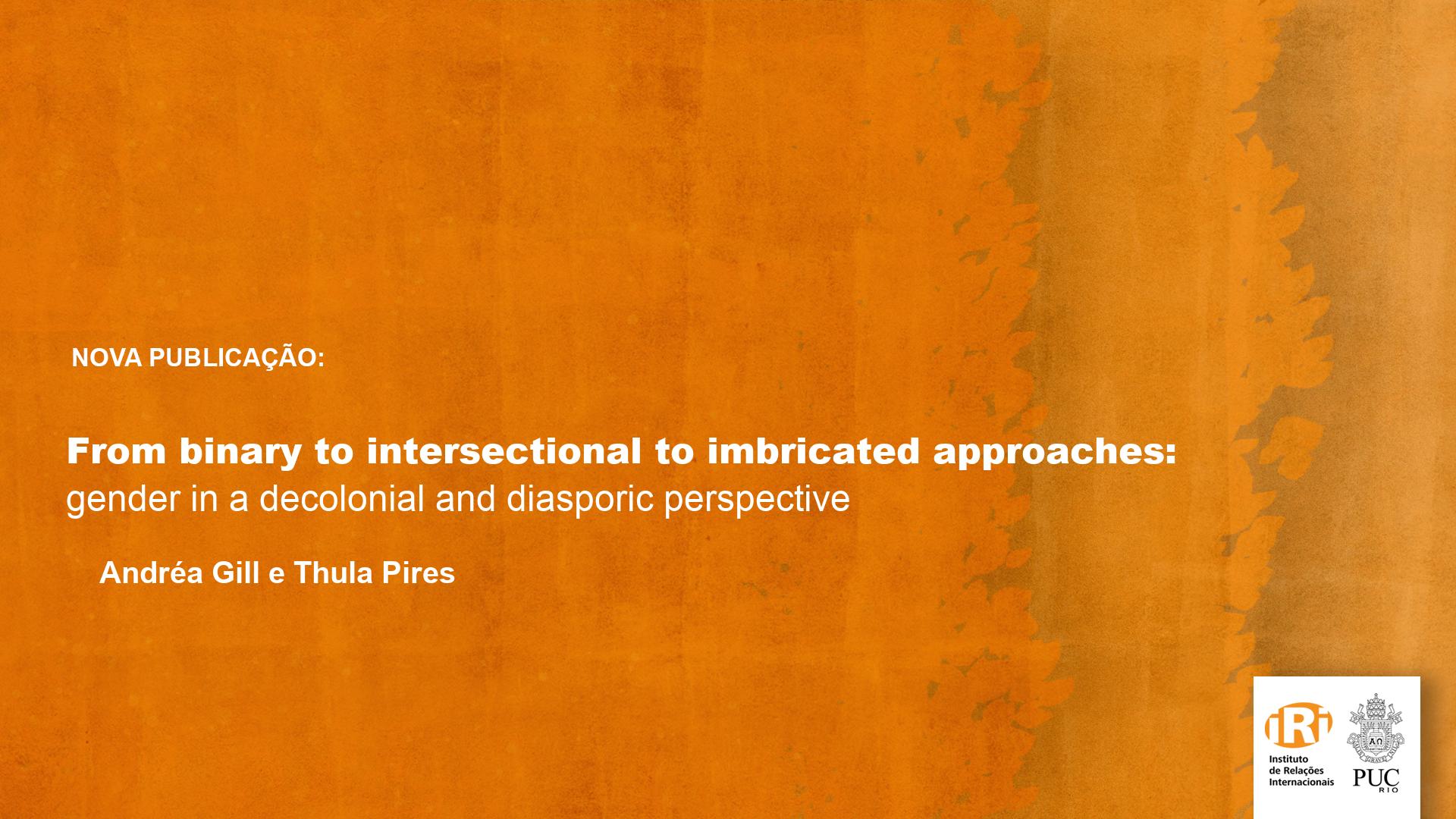 This article proposes a re-reading of the problem of gender, or as it has been put, more often than not, ‘the woman problem,’ that resists the reproduction of modern/colonial systems of governance and their political norms, standards, ideals and pacts. In turn, it seeks to open pathways to dialogue with, rather than import, conceptions of gender that respond to the terms through which modern/colonial societies have been forged on the continent of Abya Yala, drawing inspiration from decolonial and diasporic perspectives. To this end, the article maps some of the available channels of the gender debate in what has come to be known as the global South from an array of perspectives that highlight the ways in which the relations between categories of oppression and privilege (such as race, class, sexuality and gender) are reflected and positioned so as to grapple with the coloniality of knowledge, power and being. More specifically, it focuses on three ways of dealing with power dynamics in the context of Abya Yala that have influenced how we conceive and respond to questions of gender. Its primary objective is to investigate the politico-epistemic conditions that structure gender thinking in binary and intersectional ways, and, in turn, open space for imbricated approaches forged from within (post-)colonial histories that do not take as their starting point the importation of theoretical references from places otherwise situated within a global political economy of knowledge/power/being. More than a critique of theoretical standpoints from the global North, in and of themselves, which regardless were not thought to respond to our realities, here we analyse the terms through which gender and feminisms have been put up for debate. Without effectively decentring the Eurocentred references that preoccupy gender thinking in our respective disputes, we risk continued distraction from what is at stake when gender is put on the table: the (im)possibilities of living one’s full humanity on one’s own terms.