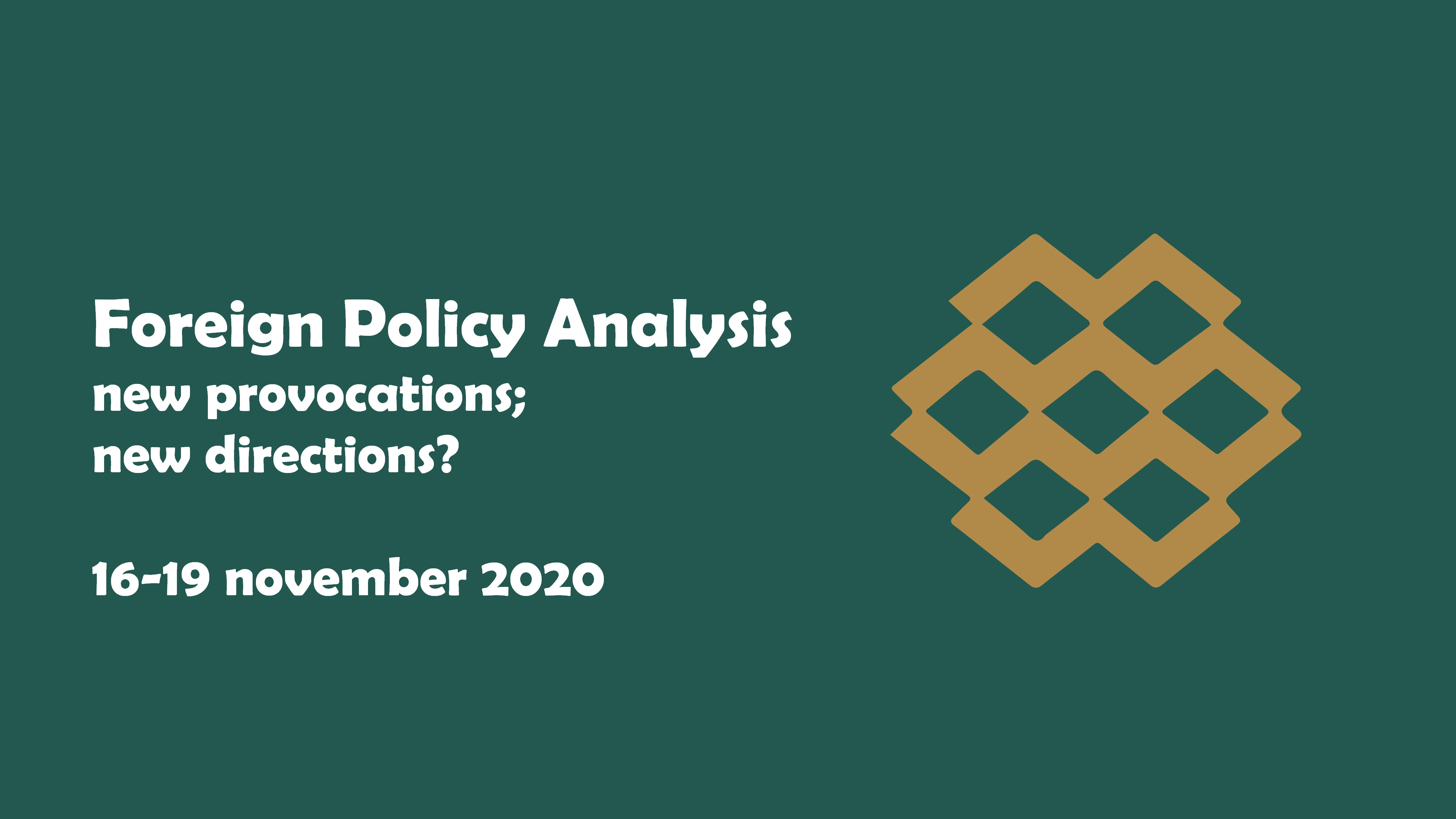 Foreign Policy Analysis (FPA) is one of the main subdisciplines of International Relations (IR). Indeed, for many outsiders, dealing with diplomacy is, next to war, the classical domain of IR. And yet, at least in the core countries of the discipline, the analysis of foreign policy has known a certain impasse after its heyday of the 1970s. FPA, trying to become increasingly more scientific as compared to classical diplomatic studies, analysed in ever greater detail the decision-making process, its bureaucratic and also personal and psychological components. Such analysis was easily integrated into comparative politics where the role of domestic actors and lobbies, media and public opinion, and so on, would add to the ever-increasing list of factors needed to make sense of decisions and policies. Finally, some of the concerns of multilateral diplomacy were packaged, but also reduced, into the study of International Organisations. But with more minute detail, a laundry list of explanatory factors difficult to integrate into a coherent approach, and the dispersion of the study in often isolated subfields, some of the original inspirations and tasks of diplomatic studies got lost.

Against this backdrop, FPA has been revived in new directions. This research leaves the strong focus on decision-making behind, while not returning to the previous approaches where the scholarly analysis of diplomacy was reduced to the normative development of (the best) foreign policy strategy. The inspirations for this revival were multiple. One was the new impetus given to the study of national foreign policy traditions coming out of constructivism and post-structuralism. Interested in how ‘national biographies’ interact with foreign policy, such studies problematized the way self-representations impact on policy options and implementation and, the other way round, how foreign policy actions constantly reconstitute self-representations. They problematized and historicized foreign policy identity discourses and collective memories, also in the context of de-colonial / intersectional sensitivities. Related issues include the social construction of, and the quest for, status and recognition, as well as the more recent interest in the role of emotions in foreign policy. A second inspiration is more philosophical. It concerns the role of mediation or translation in world politics when international diplomacy is facing the prospect of multiple diplomatic cultures.

This re-thinking of diplomacy takes place in a political environment that has seen the privileged role of Foreign Ministries under attack. Classical diplomacy was based upon the idea that national representatives defend a national interest but that such national interest is not thinkable without some common interest of international society. As such, diplomacy can only be unilateral at its own peril. Increasingly, the State Chancelleries, Presidential bureaucracies or Prime Ministerial Offices take over the coordination and content of diplomacy. Put starkly, Foreign Ministries have been pressured to reduce their tasks to the PR unit of ‘Country Inc.’, creating the ‘image of a country’ (public diplomacy), facilitating economic contracts. In the division of labour, they are asked to implement a policy already defined elsewhere, not the least by the Ministry of Defense. Whereas classical diplomacy was based on the ‘primacy of foreign policy’ in which policy instruments needed to adapt to the overarching vision of the state and its preferred world order, now diplomacy is asked to merely execute policies driven by often narrow domestic concerns.

A renewal of diplomatic studies while diplomacy is in a crisis is perhaps not accidental. Neither is the fact that the decline of multilateral diplomacy happens exactly at a time when more voices strive to be heard (or can no longer be neglected), and when Western diplomatic cultures are no longer taken for granted. At the same time, as these new directions in FPA testify, this is no return to simply adapt the view of the practitioner, as important as that view may be. Diplomatic studies have become reflexive in the need to better observe foreign policy traditions and diplomatic cultures in a world order where governmental and private actors, Northern and Southern visions meet – and where diplomatic practice may need to acquire a new role if a just order is to be achieved.

This seminar series intends to present some of these new research directions while engaging diplomatic practice. It uses a variable architecture with presentations, interviews and debates. Panels will be conducted both in English and Spanish/ Portuguese.

‘The return of geopolitics in Europe?’ Foreign policy identity crises after the end of the Cold War – a conversation with Stefano Guzzini

Book launch of the Portuguese translation (session in English)

How has the election of populist governments impacted the research field of foreign policy analysis?

(Session in Portuguese and Spanish)

The challenges for contemporary diplomacy: a conversation with Ambassador Rubens Ricupero 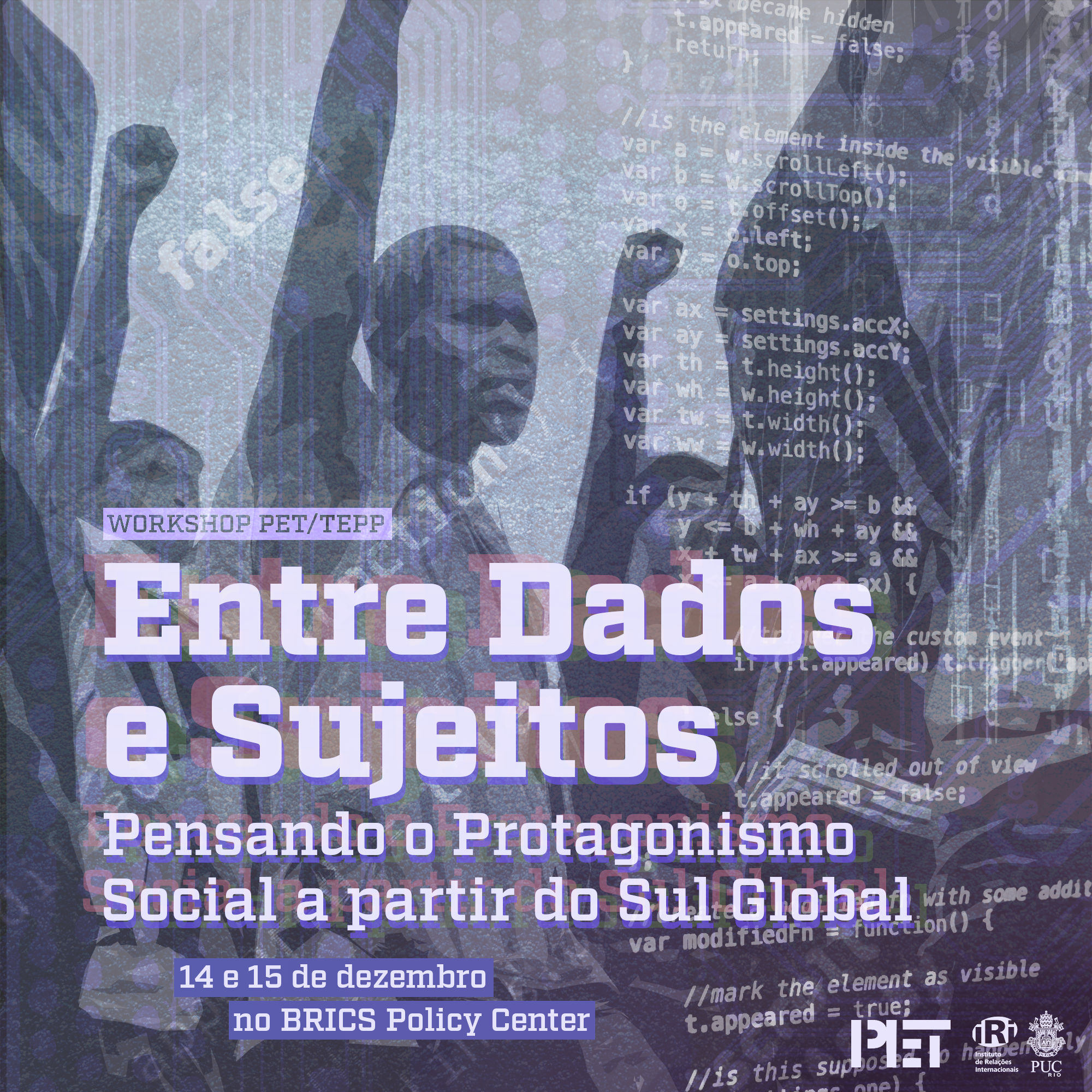